So to continue our week of Jimi Hendrix,How would one evengo about describing what jimi did with his guitar playing skills. His style was unmatched by many.

Not only was he able to play with his teeth, his stage presence made him center of attention every time he played.

One of his more”out there” techniques involved him playing his fender stratocaster upside down since he was left handed.

He wasnt always Lead guitarist though. Jimi Hendrix has played with acts such as ike and tina turner, the isley brothers, Even Little Richard 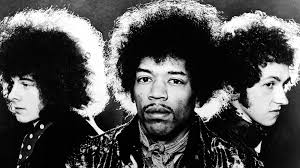 4 thoughts on “unsettling yet outrageously awesome. good one jimi.”